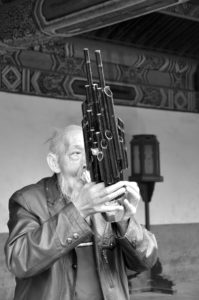 Music and arts have healing benefits for seniors with physical and cognitive impairments.

Everyone has experienced a temporary mood boost by listening to their favorite song. But those good feelings can do more than waylay a bad day. Research from Harvard University suggests that music can fundamentally alter the body and mind. This has a number of positive implications for seniors, especially those dealing with cognitive impairments and mobility issues.

Music On The Brain
Music’s ability to shape and reshape the mind isn’t fully understood. However, it’s believed that certain types of sounds, such as those typified by classical music, work to fire up the brain cells responsible for information processing. Additionally, music has been found to significantly reduce the symptoms of depression in adults living with chronic pain. Listening to relaxing music may also help those suffering with insomnia ease into a state of slumber without medical intervention.

Body Of Evidence
Just as music has a profound effect on the mind, it can change the way the body functions as well. In one study, more than 130 senior citizens were followed for a period of six months. Half the group were assigned to a training program that introduced music and timed movement to their daily routine. The others were given no special instructions. At the end of the study, those in the experimental group exhibited better balance and improved mobility. This group reported 54% fewer falls — an issue prominent in senior citizens regardless of their physical, spatial, and cognitive capacities.

In Tune With Memories
According to UHM, a Connecticut-based network of senior living communities, music can help Alzheimer’s patients recall emotions and memories from decades earlier. It’s believed that familiar music from one’s formative years — late adolescence into early adulthood — triggers a response in the brain that can temporarily boost cognitive function. Many dementia patients can recall song lyrics and musical rhythm from their teenage years even if they can’t remember their own children’s names and faces. This video shows the immediate response of an Alzheimer’s patient name Henry when given an iPod and a playlist of his favorite music. Before listening, Henry is barely responsive and unable to recall the name of his primary caregiver. After just a few minutes of musical therapy, he was coherent, interactive, and able, without a musical aid, to sing and recall lyrics from his favorite song, a 1930s Christmas classic by Cab Calloway.

It’s The Arts
It isn’t just music that has exceptional healing abilities. Seniors can benefit from any form of creative expression they find enjoyable. Hobbies, such as woodworking, painting, and jewelry making, also trigger a response in the brain. Since music and other creative outlets have been shown to reduce chronic pain, it’s possible that including these in a senior’s life may lessen their chances of becoming dependent on opioids or other pain-management medications.

Positive Perception
According to the National Association of Music Merchants (NAMM), making and listening to music may influence an older individual’s perception regarding their quality of life. Even those who experience no tangible physical benefits from exposure to sound therapy tend to describe their lives as happier, more comfortable, and more fulfilling than those living in silence.

The takeaway lesson here is that music has a positive effect on individuals suffering with physical, emotional, and cognitive disorders. It is especially beneficial for seniors with Alzheimer’s and dementia. While music may not be able to replace medical care, the evidence is clear that it can be used as part of a long-term care plan for the Silent Generation.